This tour follows the Christmas Markets organized in Romania during the months of late November and December.  Start your winter adventure with Bucharest, the capital city of Romania; discover the story of the city and explore the charming Christmas Market in the city center. Continue to the Transylvania region and visit Brasov, a typical medieval city founded by the Saxons in the 13th century. Visit the city and its popular Christmas Fair from Council Square. The last city you will see is Sibiu, boasting each year the most beautiful Christmas Market in Romania. During the trip, you will also visit Romania’s impressive castles and medieval citadels (UNESCO Heritage), and you will admire the stunning Carpathian Mountains and the rolling hills of Transylvania.

*Please note that this tour is available starting with the second part of November until the 23rd of December (according to the dates of the inauguration of the Christmas Markets in Romania). Highlights of the tour:

Arrival in the capital of Romania. You’ll be transferred from the airport to your hotel in Bucharest. The rest of the day is at your leisure.

After breakfast, you'll enjoy a full-day sightseeing tour of Bucharest, including visiting the famous Parliament Palace. The walking tour includes Revolution Square and the bustling old center of Bucharest. You’ll admire as well The Village Museum and famous boulevards and neighborhoods of this interesting city.

The settlement of Bucharest was first mentioned in 1459, and, ever since, the town went through a series of continuous changes, representing the central scene of Romania’s political, artistic, university, financial and cultural life. Between the two world wars, due to the elegant architecture and to the elite living in Bucharest, the city was nicknamed “The Little Paris.”

During the tour of Bucharest, you’ll stop to visit the Romanian Parliament, the largest administrative building in Europe. The building is located in Bucharest's historical and geographical center, and it was built on a hill. The building, whose works were started in July 1984, includes a huge combination of monumental sculptures, gilded ornaments, decorative flooring, laced ceilings, brocade curtains, heavy carpets tapestry, all in a succession of chambers, galleries, lavish vast rooms, and halls. It’s the perfect image of a regime detached from reality, a regime that didn’t care at all about the real needs of the Romanian society.

Located in a green area of Bucharest and inaugurated in 1936, The Village Museum is one of the most beautiful and most interesting museums in the country. It boasts old and original houses brought from different parts of the country. In The Revolution Square, you’ll get the story of the anti-communist revolution from 1989, and you’ll find out more about the hardships an entire nation had to suffer for 45 years. The day ends with what became the most bustling area of Bucharest, The Old Center. Once the place of princely families and nobles, later an area of the craftsmen, the old center became today the Mecca of bars, restaurants, and quaint cobblestone streets.

The rest of the afternoon is free to explore the Christmas Market in Bucharest organized in The University Square. People can buy traditional objects from painted ceramics, carved wood, icons, and embroidery to different costumes and masks, wooden toys, musical instruments, and hand-painted decorations. The most “delicious” gifts will be the traditional food; much of it is cooked and served at the spot (traditional warm Romanian food, sponge cake, mulled wine, gingerbread, hotcakes, fruit jam, honey, syrup, etc.). We strongly recommend leaving your diet on holiday when you visit the Christmas Market.  Some of the craftsmen will also allow the curious to admire their talented hands making jewelry, glass, or traditional embroidery. There will also be great concerts and folk bands which will keep a warm atmosphere in Santa’s village.

In the morning, you will be picked up from the hotel and start the tour. You will head to the legendary land of Transylvania and leave Wallachia behind. We can say that this day is dedicated to the castles of Romania.

Stop in Sinaia, a beautiful mountain resort also known as the “Pearl of the Carpathians.” Visit here Peles Royal Castle* (ground floor exhibition), considered one of the most beautiful castles in Europe. Peles Castle, built in two stages between 1875 and 1914, was the summer residence of King Carol Ist and his wife, Queen Elisabet. You’ll visit the ground floor where you’ll be astonished by the overwhelming interiors, amazing stain-glass windows, paintings, some of them made by famous artists such as Gustav Klimt.

As you visit the castle, you will admire the unique interior design (an interesting mixture of cultures, the specific touch of the royal couple), and you will be surprised by the modern facilities of the castle for the last half of the 19th century (electricity, vacuum cleaner, electrical elevator, and central heating). Peles Castle is also the place where you will find out the story of the Royal couples of Romania and their importance in the history of our country. After the visit, spend some time in the small garden of the castle, admiring the mountains surrounding the estate.

Continue your journey to another place surrounded by mystery, Bran village. Here you will find out the legendary Count Dracula's story and visit Bran Castle, which became so famous thanks to the Legend of Dracula. I hope you packed up some garlic to keep it close during the visit! Discover the castles' interesting story and find out more about Dracula’s legend and the real prince who inspired Bram Stoker to create his fearful vampire.

In the evening, go to Brasov, a typical Saxon city, also known as Kronstadt, the city of the Crown. You will enjoy a short walking tour of this medieval city, founded in the 13th century.

You will see the Council Square guarded by the symbol of the city, the Council Tower, see from outside the Evangelical Black Church (during the cold months between November and April, the Black Church will be seen only from outside), one of the largest Gothic worship places in Eastern Europe, discover one of the narrowest streets in Europe, the Rope Street, and finally admire the beautiful mountains which surround the city.

* Peles Castle is closed on Mondays. Rasnov fortress or the Cantacuzino Castle in Busteni may be used as alternatives. Today, you will get even deeper into the typical Transylvanian scenery.

Head to Sighisoara and visit the charming medieval citadel (UNESCO Heritage), one of the oldest medieval citadels in Europe. The citadel of Sighisoara, also founded by the Saxon colonists from Transylvania, is a place you shouldn’t miss while in Transylvania. Take a walk in the citadel and discover its story. Visit the Clock Tower and enjoy from the top the beautiful panoramic views of the whole citadel, admire the walls of fortification and the watching towers, climb the Scholar’s stairs and reach the beautiful Evangelical Church on the Hill, and, of course, discover the house where it is believed that Vlad the Impaler, known as Vlad Dracula, was born.

Lunch in Sighisoara and transfer to Sibiu.

In the afternoon, travel to Sibiu, the last stop of the day. You will be impressed for sure by this beautiful medieval city, founded by the Saxon colonists in the 1190s and declared in 2007 the European Capital of Culture. Hermannstadt, under its German name, is considered to be the most beautiful city in Romania, no matter the season. You will explore the city on foot and admire the Small Square with the famous Liars’ Bridge and the Large Square surrounded by beautiful buildings, making you feel like you turned back time. You will also see Huet Square with the most impressive building of Sibiu, the Evangelical Church featuring one of the tallest towers in Transylvania and the largest organ in South-Eastern Europe. In the morning, you’ll leave Sibiu and head back to Bucharest. On the way, take a detour near Sibiu and visit a local village.

Cross the Carpathian Mountains along the Olt Valley and stop to visit the Poenari Fortress* built on the top of the Carpathian Mountains by the Wallachian Prince, Vlad the Impaler, worldwide known as Dracula. Besides the known stories, the tour guide will tell you stories about the real Vlad and his tumultuous life. You will also enjoy a great panoramic view from the top of the mountain over the surroundings. Be careful as the way up involves climbing 1480 steps. You won’t regret it once you will get up to the fortress. (Due to the bear presence, sometimes the path to the fortress might be closed.)

Continue to Curtea de Arges to visit one of the most beautiful Orthodox Churches known as Curtea de Arges Monastery. Admire the special architecture and discover the intriguing legend that says the way the church was built. You will also see here the tombs of the members of the Romanian Royal family.

In the evening, arrive in Bucharest and drop off at your hotel.

* Because the Fortress of Poenari is closed for renovation, this place will be seen from outside only. You’ll be transferred to the airport according to your flight schedule.

End of the tour 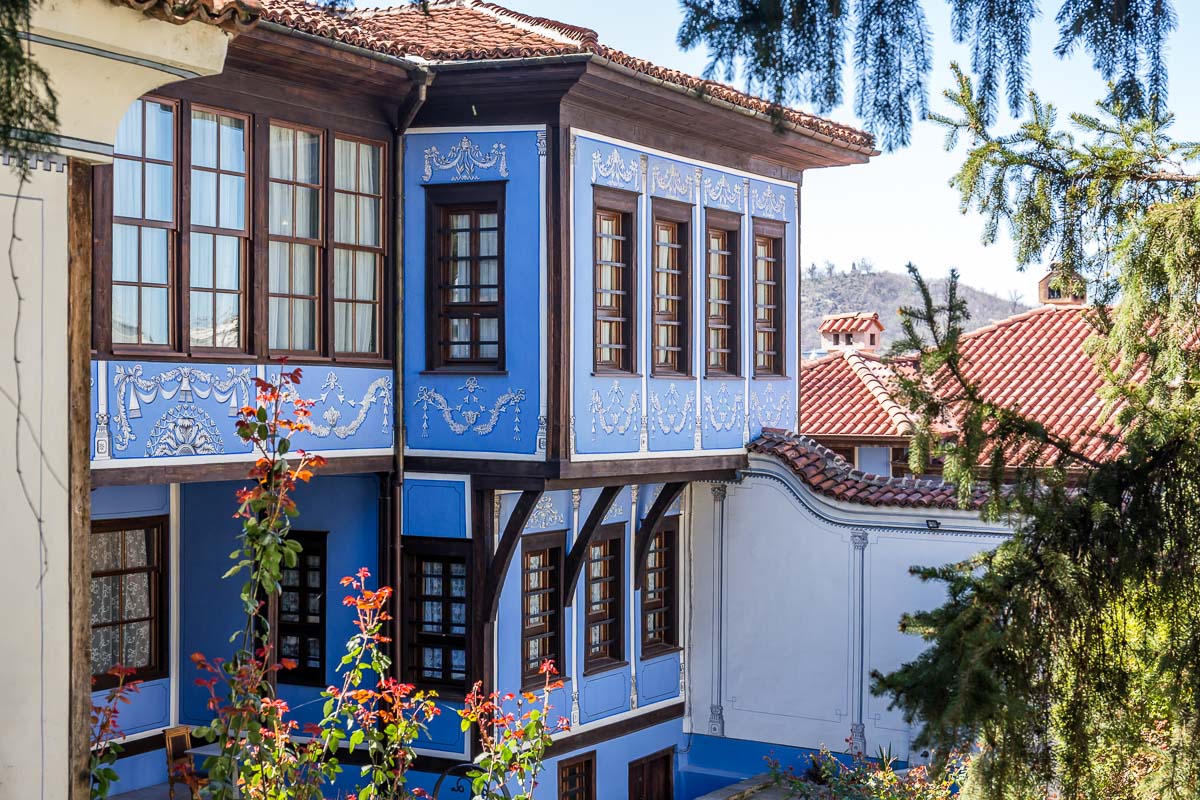 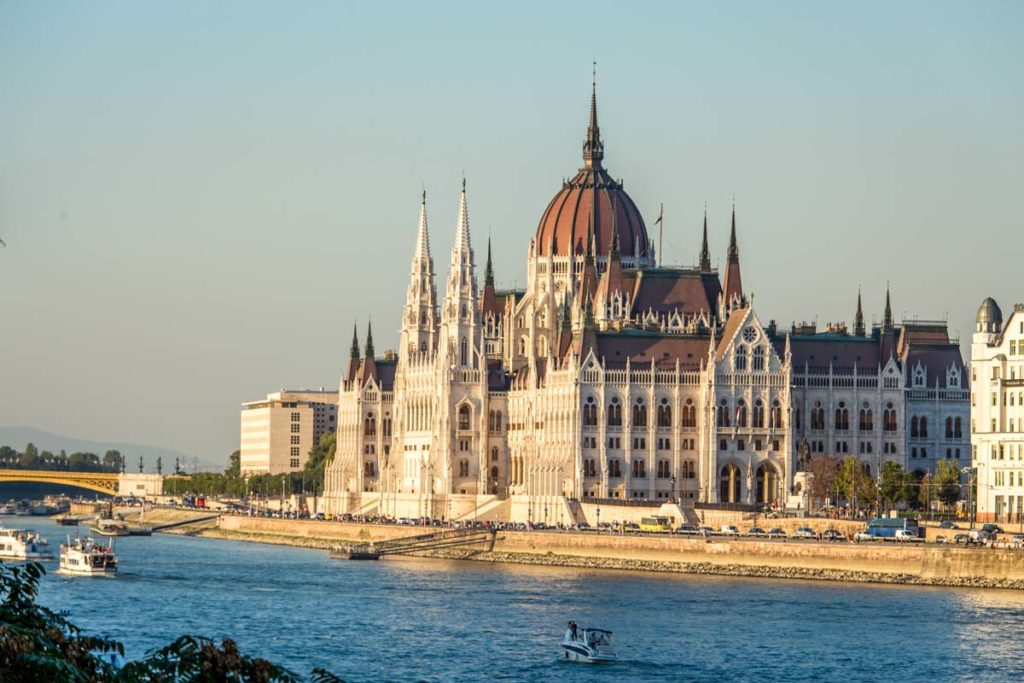